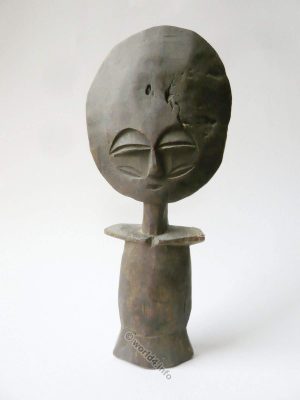 There is this wonderful painting by Paul Klee (1979-1940) in which he set this African figure, a picturesque monument. The figure is in Africa widespread and symbolizes fertility and a guardian deity. Together with August Macke and Louis Moillet he toured North Africa in 1914, specifically the area around Tunis. On this trip originated colorful drawings as to the time they were barely visible. The Modern Art of the Twenties were in Germany by Wassily Kandinsky, Der Blaue Reiter, Gabriele Munter, The Bridge, in France, Pablo Picasso, Georges Braque, Juan Gris, the main representative of Cubist Bonds on so-called primitive art.