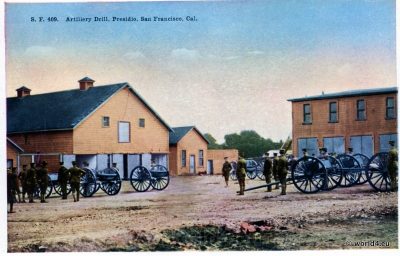 The Presidio in San Francisco, California, is a historic military base strategically located at the tip of the peninsula.

It is located directly at the Golden Gate, the entrance to the Bay of San Francisco and is the longest used military base in the United States.

The site, which measures two by three kilometer in size, houses 870 buildings, of which around 470 are considered historically significant. The Presidio was designated a National Historic Landmark District in 1962 and has been administered by the National Park Service as part of the Golden Gate National Recreation Area since October 1,1994.