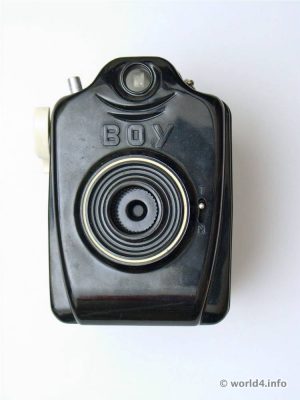 The company was founded in 1909 by Mr. Wilhelm and Carl Kürbi Niggeloh.
Christmas 1949 came the BILORA Boy on the market. The special thing about her was her very nicely-designed plastic housing and the hand-painted white ring around the lens.
The boy broke out a wave of enthusiasm and quickly became a bestseller, even though every camera dealer was free to design the advertising. BILORA itself did not advertise the products. Some traders were, for example, huge boxes of wood or cardboard rebuild, they went on bike trailers through the city or presented their business. Some merchants also organized competitions or photo driving with large signs on car roofs through the streets. The great success that BILORA had with the boy in this country, was also registered in America and soon we had the first major order: 250. 000 Boy boxes had to be produced. They were then sold in America as a tower box.