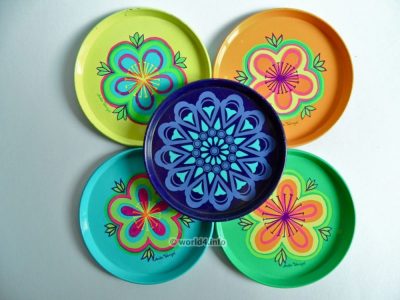 Colorful, time-typical design of 70s beverage coasters. Space age graphics design.
Produced by IRA Denmark. These coasters were very popular at that time. Anita Wangels design was based on the so-called flower power movement, and took them at their word. In this way, slipped the ideological superstructure of the hippie movement in an elegant way in the middle of the living room of stuffy post-war Germany. In a sense, an early form of subversive design. 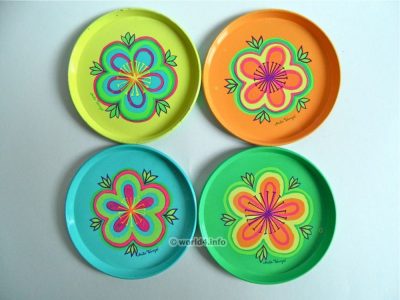 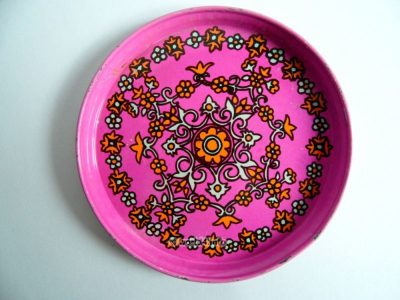 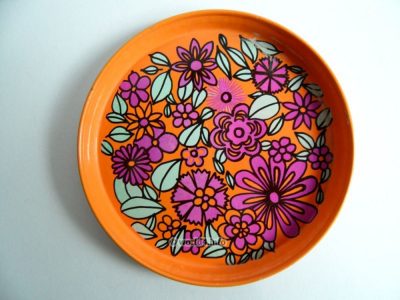 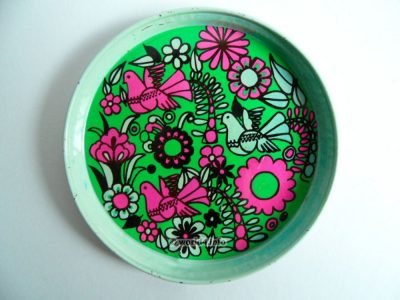 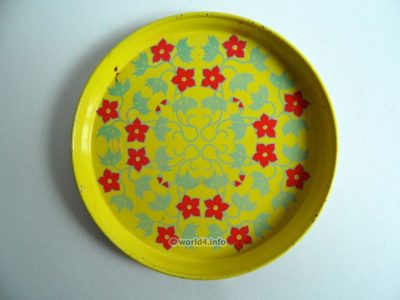 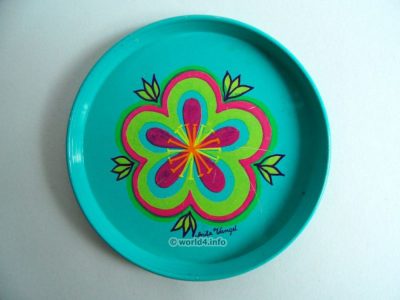 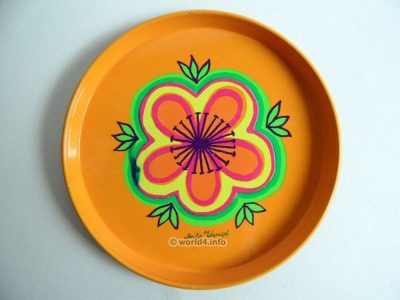 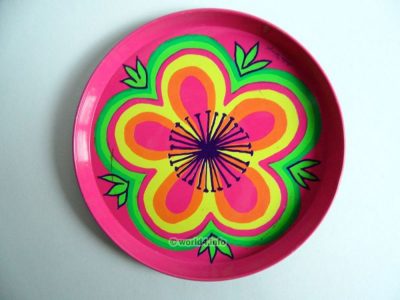 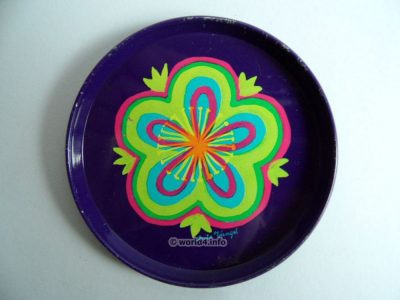 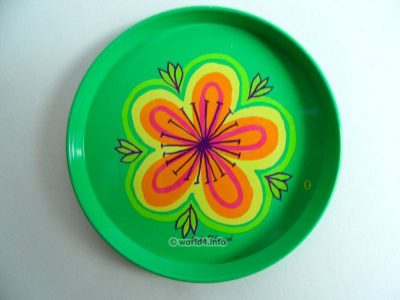 The German equivalent was found in the famous flower motifs of Pril dishwashing liquid. The so-called ‘Pril flowers“. This could be replaced by the detergent bottle and glued to the tile to decorate your kitchen or refrigerator or the Eiffel tower. There were some that found on the white skin of Moby-Dick. Is being said.