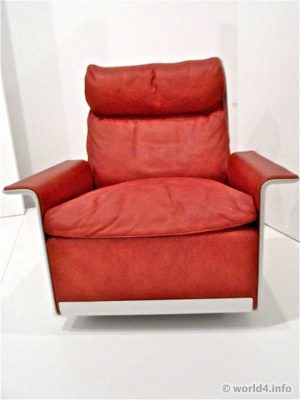 Dieter Rams is usually taken as a designer for the variety in Braun electric appliances of the 50s, 60s combined. Here is another example of its universality as one of the greatest international designers. Chair RZ 62, for Vitsoe & Zapf, Eschborn, Germany The simplicity of the Design of Dieter Rams, Hans Gugelot, Max Bill in other words, “Everything is perfectly clear and simple, of course, everything is so pure and beautiful, corresponding to the Japanese word kirei, that means pure and beautiful (Bruno Taut in: The architectural wonders of Japan).