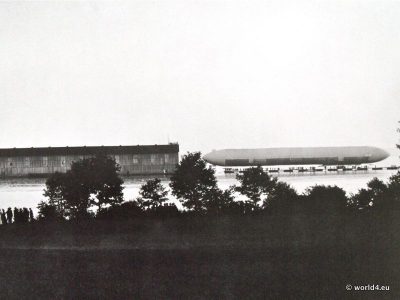 On 2 July 1900, the first ascent of the airship took place in Manzell Bay. The trip took only 18 minutes, then the winds broke for the balance weight and LZ 1 was forced to land on the water.