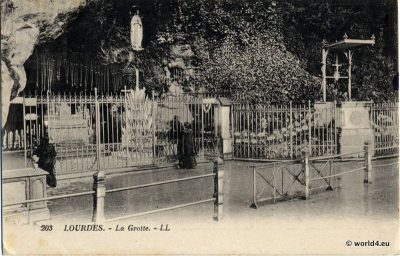 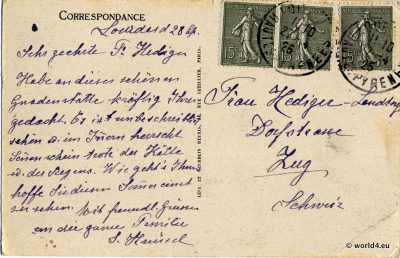 This old postcard shows the famous Marian shrine in the Hautes-Pyrenees region, France. It shows the entrance to the grotto with St. Mary’s statue in the background.

This statue was built to the specifications of Bernadette Soubirous. This seems to have had multiple appearances in 1858, a woman dressed in white. The source in the cave said to have originated during the apparitions. Her are granted unusual, miraculous healing powers. On December 8, 1933 Bernadette Soubirous was canonized by the Pope.

The postcard was sent in 1932 to Switzerland. Postcard back, handwriting, French stamps and postmarks from Lourdes.