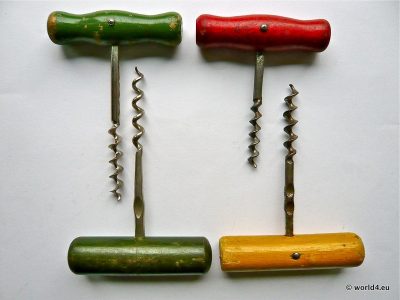 Corkscrew offer variety in their form as an outstanding collection area.
In their functionality, they give the fashion tastes of entire eras and countries again. Ranging from very simple designs, there are complicated special preparations, which were only produced in limited edition. Instead of simple handle can be found here also richly ornate, made of precious metals. It is thus an object representation of the respective owners, or were simply evidence of a highly developed culture of the stylish enjoyment. 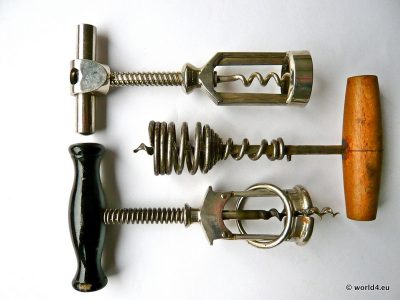 With the invention of the mechanized production of glass and thus the mass production of bottles in the 18th Century, instead of wooden barrels of wine, filled into bottles for sale. They made possible, with its narrow neck, which was sealed with a cork, the long shelf life of wine.
The cork is extracted from the bark of the cork oak (Quercus Super). Its original reserves were central Italy, Spain and Portugal and has been around the 2. Century, used as raw material. There are in Asia (North China, Manchuria, Korea and Japan), the Amur cork tree (Phellodendron amurense). Its bark is ground and then pressed cork.

It is not known who invented the first corkscrew. However, there are many patents and inventions based on this object. Some of them are relevant celebrity, while others refer to details. 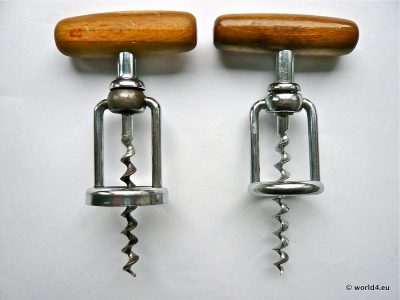