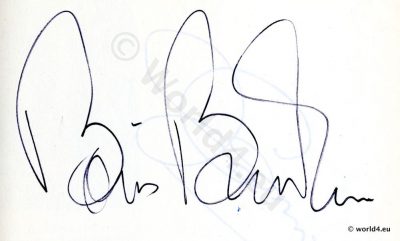 Boris Becker was born in 1967 in Leimen is a former German tennis player and Olympic champion. He won a total of 49 tournaments in singles – including six Grand Slam tournaments, including three times the tournament of Wimbledon – as well as 15 titles in doubles. He led twelve weeks on the world rankings and is still the youngest Wimbledon champion in the tournament’s history.