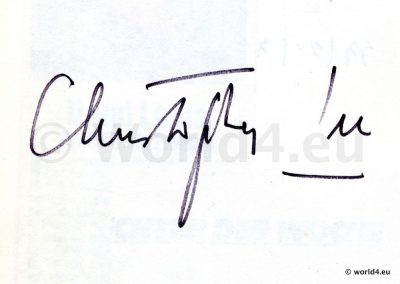 Sir Christopher Frank Carandini Lee was born on 27 May 1922 in London is a British actor and singer, who has achieved cult status for his portrayals of villains. Among his most famous roles include the title character in Dracula, as Francisco Scaramanga in the James Bond film The Man with the Golden Gun, as Saruman in The Lord of the Rings and Count Dooku in Star Wars.