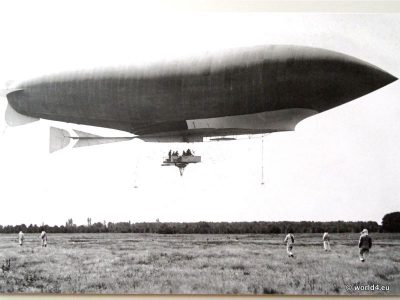 The République was a French Army airship. She was a sister ship of the Patrie. It crashed on 25 September 1909 from Trevol. The cause was a broken propeller blades that pierced the shell.The République was completed in June 1908, flew for the first time June 24 and was handed over to the French army on 31 July of that year.