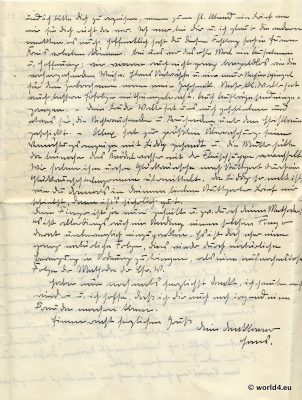 She began in the 1920s to replace the German cursive and in 1935 in a modified form (slightly, with less circular shapes) as a German folk signature part of the official curriculum. As a result of the signature decree however led to its prohibition by a circular of the NSDAP on 1 September 1941.